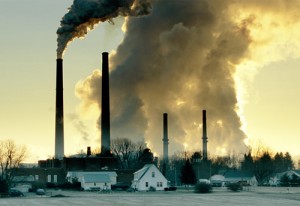 The winter here hasn't been too dramatic yet. Last year we got pummeled with 2 meters of snow in a few days. There isn't a drop of snow to speak of at the lower altitudes. Sarajevo is known for its long, cold, dark and dirty winters. That's why it's good to have family in Florida. And Florida it is...in ten days time. So it goes.

Three seasons in Bosnia are not only tolerable but exceptionally pleasant. May in Sarajevo is like a Balkan Woodstock. The spring thaw not only brings some of the continents most astounding wild flower performances...but unleashes the commencement of Sarajevo's favorite pastime(s): the cafe culture and walking. Attire immediately changes from black and gray to brighter ones on the color spectrum. People laugh more. Wear less. People are on the move. Cafe's once again compete for music blasting rights. It is a shiny, happy month. My favorite month in Bosnia.

Summer's are hot. Some locals complain. They've obviously never been to south Florida in August. Heat ain't nuttin but a thang. It's the humidity that kills. It's a dry heat here. I like it. Early morning or later afternoon hikes. Whitewater rafting. Swimming in Boracko Lake. Road trips to the Croatian coast. Sarajevo Film Festival. Friends and family of all shapes and sizes roll into town. It's a good season indeed.

Autumn is awesome. By the end of September it's usually sunny but cool. October tends to be kind to us. Crisp, sunny days and cold nights. Great wool sweater or fleece weather. A welcome relief from the heat. By far the best hiking season of the year. The skies are so clear. The colors change in phases and stages. First in the continental north, starting in the high mountains and making its way down to the lowland urban areas. As the lowlands of the north turn to the glowing earth colors of orange, red, and blazing yellow so start the highlands to the south in Herzegovina. The last stage comes well into November in the south and southwest of Herzegovina, where the Adriatic Sea maintains a temperate climate. When the first snows come to Bosnia many are still in short sleeve shirts just a hundred miles to the south. Herzegovina is certainly your place under the sun.

With November usually comes our first snow too. The mix of rain and snow intensifies the heating process. Low grade coal in most residential homes. Natural gas in most apartment blocks, at least in Sarajevo. The holidays keep spirits high in December and through the new year. We celebrate two Christmas' and two New Years thanks to the Gregorian and Orthodox calenders. Ramadan rotates with the moon cycles, sometimes bringing all four of Sarajevo's confessions into simultaneous celebration. But the fog has already set in in just below Mt. Igman. Sarajevo's air pollution levels skyrocket past all norms. The smog often comes to stay...only to be shaken by a few exceptionally cold, crisp and clear days...until March. My cough usually comes to stay as well.

Driving home from Zagreb yesterday was a sore reminder of how Bosnia was used as a natural resource base for Yugoslavia. As we approached Slavonski Brod in Croatia an inexplicable smog snuck up on us. It occupied the entire area after a clear drive of almost 200 km from Zagreb. As we crossed the border into Bosnia we found the culprit. The Oil Refinery at Brod would mark our polluted journey south towards Sarajevo. Then a depressing 40 kilometers of bombed out homes almost all the way to Doboj. The paper mill in Maglaj adds a special taste and aroma through the Foresters air vents. Then comes Zenica - Bosnian Champions in air pollution. The iron mill there spews lung corroding particles day and night. The poison pierces ones nose. We quickly approached the coal plant in Kakanj....finally to be greeted by a smoggy Sarajevo.

February is worse. Florida, here we come. Am I rubbing it in? Weeeellll, just a bit.

I call for a bio-mass revolution in Bosnia and Herzegovina. Avanti Popolo! peace