It's a party in Pale. The flags are out. So are the three fingered patriots. The collective has awaken.

Momcilo Krajisnik is on his way home after serving a part of his sentence for war crimes that took place during the Bosnian war. I thought we may have witnessed an unheard of breakthrough when he said "I don't know why an arrival celebration has been organized, I am a war criminal after all." For a nanosecond I was proud of his jail-aged wisdom until his next sentence...."I still have to prove the truth (of his innocence) in the revision procedures."

This is testament to the seemingly eternal Bosnian dilemma called perception, warped or otherwise. With no victor in this war, except the thieves and thugs, all sides see themselves as victims and defenders.

Momcilo Krajisnik was sentenced to 20 years in prison for war crimes including; murder, execution, deportation, and crimes against humanity by the International War Crimes Tribunal. Tonight he is a free man. Thousands await his arrival in full celebration mode for this wartime celebrity. He will get a heroes a welcome. He has been and will be portrayed as a victim of an unprecedented international conspiracy against the Serbian people.

There will be no recognition that any crimes took place. There will be no reconciliatory tone. No one will take responsibility for the brutality that ravaged this tiny nation and its people for four long years. In a war marked by concentration camps, ethnic cleansing, and mass murder most claim to have simply defended themselves. All sides are victims.

We are stuck between a rock and a hard place with no movement in site. And no side, whether perpetrator or victim, is willing or able to empathize with the other. That's why we all lose. We are a multiple vortex tornado wreaking havoc on the souls and minds of the masses. This is Bosnia.

There's a party in Pale tonight. 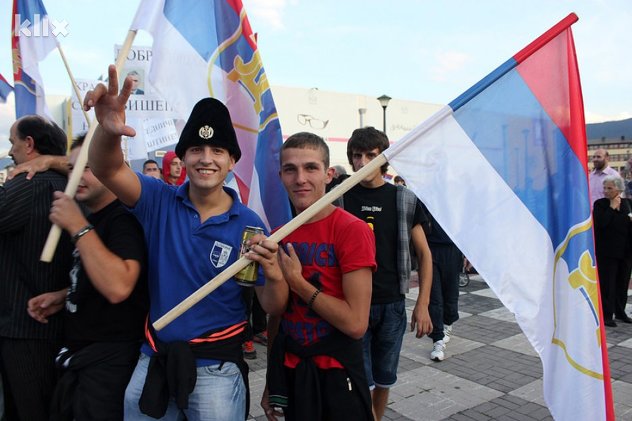