So it's dark now. We're in the middle of nowhere. The South American soap operas are over for the day. The border guard has told us our official US Embassy document is falsified. To top it all off, I'm angry and seemed to have the uncontrollable urge to express that anger.

I'm pretty sure my mother can attest to my anger issues as a child. I had channeled them into a happy-go-lucky hippy sometime during my studies at Florida State University. I always had a problem with authority, though, especially when I felt it wasn't deserved. Good leaders, on the other hand, I'd follow to the grave. I think the best way to compare the chemical reaction I had with heavily armed military police during the war would be to LA road rage. They probably have specialists in LA for that. The only refuge I had was a gulp of rakija (the infamous local firewater, aka moonshine).

I had flipped out on MP's before. It genuinely seemed to confuse them. They weren't professional soldiers or anything and that was obvious. Perhaps that's where my irrational bravery came from. I think now I'd probably call it irrational stupidity. I would transform from this humble, smiling kid with big hair and red sideburns into an extremely ornery man. The funny thing, though, is that it usually worked. I was pretty good at keeping my tantrums to when I was solo or with one of my team, though. Now I had Mirsad in the jeep. I held my tongue. It was time for plan B, which, by the way, didn't exist...yet.

Another inexplicable personal phenomena for me was my ability to be exceptionally quick on my feet in crisis situations. I wasn't like that before nor am I afterwards. But hey, at least it kicked when I needed it most.  Mirsad was in distress. I turned the Jeep around and headed back to who knows where. As Mirsad chain-smoked in the back plan B came to me. Not too far from this border crossing was another near the town of Posusje. Posusje was my first 'gig.' It's the same place that had cleansed the camp of its Muslim population just five months earlier. It now housed Bosnian Croats who were forced to flee from the central Bosnian town of Bugojno.

Suncokret, the organization I worked for during the first 10 months of 1993 still had a house and volunteers there. We'd go there for the night and try our luck at the other border in the morning. I hadn't been for a while so really didn't know what to expect. I did know that a friend from Zagreb was there. She was now the co-leader. She'd be cool. But i still concocted an elaborate lie. Mirsad was now Ante. We showed up at the house. They welcomed us warmly. Ante was sheepish. He was scared. I would be too.

The volunteers still slept like sardines on awkward Norweigian military mattresses, just as we had. We were offered two spots on the floor. Ante just wanted to disappear into the sleeping bag and wake up in another dimension. Preferably next to his wife and kids. But he'd have to sweat it out at least another night with me and a handful of young, feisty, and angry fighters from the opposing army who were hanging out with the volunteers that evening. Some of the hate talk that night really shook Ante. I don't think I can even imagine his anxiety. I knew we were safe, though. We'd been there a few hours, no one reacted to Ante's timidness, and the boss was a good friend of mine. I think I actually managed to doze off. Ante didn't sleep a wink.

Morning came, we rejected their kind offer of coffee and breakfast and made a break for the border. I had crossed this border a hundred times. Never had any serious problems. Didn't expect to have them this time. But as we neared the crossing it did go through my head that the other border guard might have radioed to other borders in the vicinity of what had happened the night before. Looking back makes me chuckle. Communication isn't the best forte in this corner of the world. Of course they didn't inform anyone else of what happened. Silly me.

Mr man at the border didn't have a clue. He didn't speak a lick of English. That was probably a good thing. He took the document back to his little container. I saw him showing it to his colleague. His colleague seemed disinterested. That too was a good thing.

He strutted out back towards the Landy. He ordered me to open the back. I did so with a big, confident smile on my face. Half the trick of making it in wartime is at least pretending to know what you are doing and that you are exactly where you're supposed to be, always - even when there's a brown brick in your pants. He chatted with Mirsad in Croatian. I can't recall the conversation. It wasn't provocative. Mirsad had trouble making eye contact. He had lived in a city under a brutal siege for six months. Now he was faced with the men participating in that siege. He kept smoking. The guard came back to me. He held the letter, upside down, and rubbed the protruding eagle stamp with his coarse hands. He looked at me and nodded. It wasn't the Croatian Ministers name that impressed him, it was the seal and stamp. They loved them then, they love them now. Nothing is valid without a stamp, not ever. This letter was special too, it had the raised eagle.This guy was mine. We were through.

We were quiet for maybe five or ten minutes...not sure if we had actually made it and perhaps wondered if a military jeep would soon be on our tail to double-check something. But the only thing that appeared in my rear view mirror was an old Zastava and a most-likely-stolen Mercedes. We were in the clear. I think Mirsad breathed for the first time since the border guard opened the back door. He smiled what was for me the first time since we met. He held his composure like a true champ. He was one step closer to seeing his kids. And he knew it.

I took him to Split. We both stared in awe at the normality of things. Electricity. Running water. Traffic. Cafe's. He didn't waste any time. He took the next bus to Zagreb, armed with his eagle seal. The next time I would see or hear from him he was living near Palo Alto in California. Selma was a smart and happy teenager. Mirza was a healthy and active kid. Mom and Dad were just happy their babies were ok. They had come a long way from their avlija. We all had. 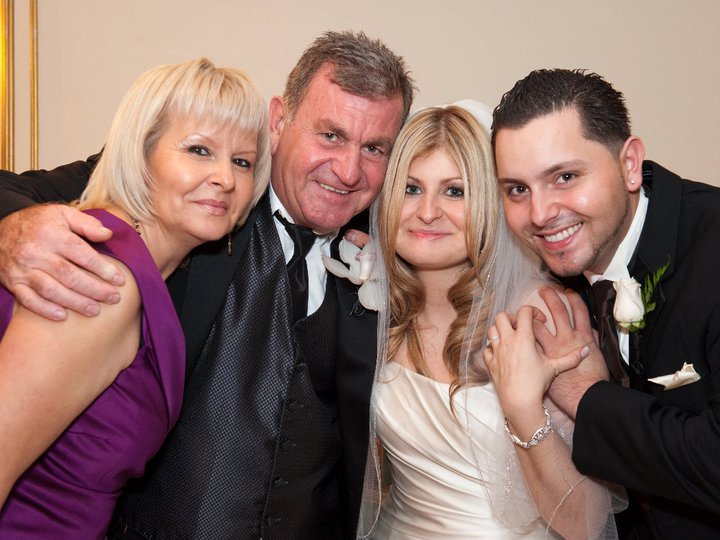