I second that emotion

I go about my daily business lately with just one slight adjustment to my routine. Ok, I'm lying, I don't really have a routine. But I do make that one adjustment. I click, about every half our, to the BBC website to see if a war on the Korean peninsula has started-  as if that information will drastically change the reality I'm/we're currently in. Maybe it will. Ko zna?

That got me thinking about war again (imagine that). Well, maybe not war itself but what Gil Scott Heron so appropriately defined as peace. Peace is not just the absence of war. It is the absence of the rumors of war, the preparations for war, the threat of war. He also said the revolution would not be televised. I think he may have gotten that one wrong. 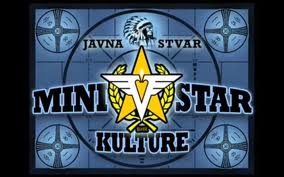 Shortly after one of my obsessive excursions to BBC-land I read a piece by Damir Niksic. For anyone who is familiar with Damir, our 'mini-star' of culture as he puts it, they know that his brain never stops. Well, none of our brains actually stop, but perhaps they do rest on occasion. Not Damir's. If I translated his most recent text I don't think it would do it much justice. So I'll try to paraphrase.

In this country we need to bring, build and begin - peace. This country needs peace. However, peace is a dove that will not land is this country or build its nest as long as the fear of war persists, or even just the talk of war.

Nothing is served in this country - not burek or baklava - without the spicy talk of war trauma.

That's why those who are hungry or thirsty, poor and pathetic, sad or sick, in trouble or lost their will, just like those with or without jobs, young or old...should first wish for peace." DN

I second that emotion. Play it Smokey!