This was supposed to be a continuation of a family's reunion. That was my intention. But it's gonna have to wait another day I'm afraid. Something else came to mind. And continues to do so. So I will go with the proverbial flow.

The name doesn't seem to want to leave. Sometimes it's replaced by Sandy Hook. Regardless, it/they have been floating in my head. It's been a month. One month since 20 sets of parents lost their babies. Grandparents lost their grandchildren. Brothers and sisters have lost a brother or sister. You get how it goes.

30 days. I do believe that time heals wounds. But I've become painfully aware that the sore lumps of scar tissue that build beneath those healed wounds not only ache but are like permanent ghosts. The haunting types.

Ten years had passed since the end of the war. My friend Ismet had returned to the Podvelezje plateau that was razed during the war several years before that. He had rented out a warehouse to the international community who were rebuilding the hundreds of homes of this highland shepherd community that were demolished. With those savings he built a modest, family-run motel called Sunce (sun in English). His wife Mevlida does the cooking. It attracts visitors from many parts of the world. It's quiet. Exceptionally peaceful. The food is amazing. The sunsets are to die for. To die for. 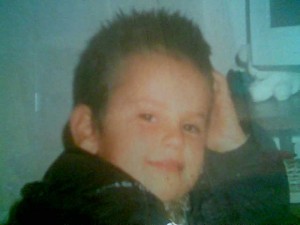 So ten years after the end of the war. Life is good. The motel is doing well. Their little boy Imtiaz turned nine I believe. He loved to roam the rocky plateau, catching lizards whilst carefully avoiding the many snakes found on this moon-like landscape. This area was controlled by the Bosnian Serb army during the war. There were no mines laid there. So it goes.

Everyone in the village of Smajkici heard the explosion. No one knew what had happened. Parents called for their kids. When the smoke cleared all but two boys were accounted for. Ismet's son did not answer his fathers call. The terrain looks so similar that it was impossible to tell exactly where the thud came from. Ismet wandered the plateau for what must have been 20-30 minutes looking for Imtiaz. He found him and another boy his age. The other boy was already dead. Imtiaz was bleeding out. Ismet ran with his baby boy in his arms for almost a kilometer before reaching the car. It was another 20 minute ride to the hospital in Mostar. I never asked Ismet but I think Imtiaz passed before they reached the hospital. Imagine carrying your maimed, dying baby in your arms.

It was the saddest funeral I have ever been to. I had known him since he was a few days old. I had known Ismet and his family since the beginning of the war.

The other boy had apparently found an unexploded ordinance. There are plenty of those lying around the countryside. It must have looked like a fun toy. Fun enough that the boys picked it up and ran around with it, took it to a flat rock and started pounding it with another rock. Imtiaz stood next to the boy as he banged away at what would be the master of his fate. It exploded. The other boy died instantly. You already know how it ended for Imtiaz.

It's one of the few stories of many sad ones from this place that physically pains me. I write with that pain now. But nothing in comparison to what Ismet and Mevlida lived and live through. It's been seven years now since Imtiaz was taken from them in a most violent way. Just the mention of his name has Mevlida fall apart. Ismet cannot and does not want to talk about him. They are captives of their pain. They have been unable to break those chains. Life does go on, of course. But the anguish that lingers at their once cheery motel has forever changed them.The sun has set in Smajkici.

They cannot leave that place. It is the place where they lived with Imtiaz. It is where all of his memories are from. So they stay. They think of him everyday yet never speak a word of him. He lives in their agony. That is the only way they know to keep him with them. I wish it wasn't so. But it is.

They can laugh still. There are happy moments. The motel holds weddings and party's. Ismet and Mevlida are always pleasant and attentive hosts. But that one day. That one incident has snatched the joy only your child can bring to you. And when that light goes out nothing can kindle it anew.

Newtown. Thirty days without the light of their lives. I cannot fathom the misery.

There needs to be a lot of soul searching about mental health, video games, and movies. But the thing that gets me is all the pain and suffering we unleash on each other with tools invented solely to kill. I'm not even slightly prepared or willing to discuss gun control. I'm talking about the constant war we wage on each other in every corner of this planet. I find it incredibly defeating that these things have become normal.

We accept them. Defend them. Allow them to rule us with fear. And then they take our children from us. One at a time...or 20.