Is that weird or what?!

Time is winding down...as it does. Our Florida trip is coming to a close. It has been a sunny, relaxing and at times tiring holiday. I won't whine - it would be bad karma, but Sabina and I are very much looking forward to our almost three year old son returning to school.

I find it quite interesting (and fun, really) that I don't much affiliate my identity to any nation. I am, of course, an American by most definitions. A Bosnophile by others. And I'm perfectly comfortable wearing those hats. But being away for so long I tend to feel like a first time visitor every now and then. Some things amaze me as if I just came from Siberia and had never been to the promised land. I have a long list of things I find exceptionally weird here. Some of them just make me chuckle, some cringe, and some plain scare the shit out of me. Here it goes. 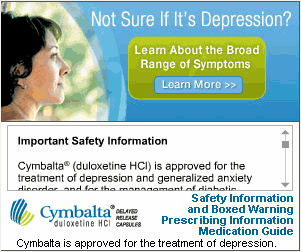 1. Pharmaceutical ads on tv. Lawd have mercy. At least in Florida i would say that every second or third commercial is an advert for some sort of drug. The scary part is that usually about half of that ad is dedicated to telling you things like this: 'it may cause dizziness, liver failure, hallucinations, depression, and you may have suicidal thoughts. If you have suicidal thoughts stop using xyxy and consult your doctor immediately. XYXYX, for a life free of pain.' (maybe pain-free actually means dead).

2. Just after the pharmaceutical ads comes the prescription drug rehabilitation commercial. "Have prescription drugs taken over your life? Are you unable to shake the habit? Rid yourself of your prescription addictions right from your own home from just $149 per month." I'm not joking, I saw this one last night.

3. Corn starch. Corn syrup. Sugar too. Now I've seen the film Food Inc. so I am not shocked at this finding. But the fact is shocking. Almost every single food item has some sort of corn starch in it. Sugar is put in pretty much everything as well. Bread. Can't find a damn loaf without sugar or corn syrup. What's up with that? Pasta. Savory crackers. Deli meats. Even in cheese. Monsanto must be rolling in the shit. That would be money, not corn or sugar. We're the ones rolling in 'it.' They're laughin' all the way to the bank.

4. Commercials. Aside from the bombardment from pharmaceutical companies calling on us to pop the pill, marketing spinsters have taken things to a whole new level. Ads are good here, exceptionally good. I think some ad budgets are equal to those of small countries. The newest twist in owning our souls and minds is that the volume automatically goes up on the tv when there is a commercial break from the show we're trying to watch. I thought I was hallucinating. I was assured I wasn't. Whew, at least I don't have to go on any prescription drugs to cure that.

5. Walking. Nobody walks. Not around here anyway. Sabina and I were walking once (how dare we) and a policeman rolled up next to us to check us out as if we were doing something 'suspicious.' Sidewalks are generally empty. Pedestrian crossings are barren. Seems like only hobos walk around here.

6. The cars. It's bad enough that no one walks. But the cars. Florida is flat as a board. Many parts of South Florida are even below sea level. The cars people drive are absolute beasts. I understand  the old fogy's who drive these massive Lincoln's, they always have, probably always will. It's the soccer mom's that scare me. They drive these SUV's that guzzle gas like it's going out of style. My mom drives a small, fuel efficient Honda. When we pull up to a light I feel like a midget in a giant show. Who needs a sports utility vehicle for driving down the enormous, wide, and perfectly paved roads of South Florida? Everyone apparently.

7. College. I have a lot of friends who are now dealing with the prospect of their kids going to college. Proud and happy times, n'est pas? They have been saving ever since they paid off their own student loans. Some have even been saving from the day their kids were born. Tuition for a year can easily be $20k. My cousin just got a partial scholarship of $24k per year. Now her parents just have to find the dosh for another $24k to pay the other half. Something's wrong with that.

8. The disabled. This country is a dream for those with disabilities. The United States has, by far, the best laws and infrastructure for every and any kind of handicap there is. It's something to be truly proud of. Not too long ago the UN wanted to adopt those very same progressive laws as a 'Rights of Persons with disabilities' treaty for the whole world. Congressional Republicans voted it down. Some stated they didn't want the UN blue helmets to override American sovereignty. Some just with an irrational hatred of the United Nations. We voted down an magnificently humane treaty that was based on our own laws. How stupid. I'm embarrassed.

9. Reality TV. Now I'm sure you've noticed that I have mentioned TV quite a bit here. I did not, however, spend my entire time watching the boob tube. What I did see, though, was a true anthropological experience for me. Tru tv, MTV, even the new Oprah Channel. There are shows on gangster pawn shop owners from Detroit, car repossession hicks from Alabama stealing back cars that people stopped payment on, swamp things pulling up old cars from the mud in Louisiana, there are shows on teenage moms, drug addicts, and strange Armenian-American families with Bruce Jenner as step-dad. Maybe I'm just a Bosnian seljak but that shit is weird.

10. Last but not least. Styrofoam and plastic. They're everywhere. They serve them in restaurants. We went to Orlando with my dad and his wife (it was a great time) and we stayed at this nice hotel. The rooms were spacious. The bathrooms were nice and clean. Breakfast was served exclusively with styrofoam cups for coffee and juice, plates were styrofoam and the cutlery plastic. It felt like I was part of an ecological train wreck...yet no one batted an eye. Lettuce is packed in plastic boxes at Publix. Single peppers are wrapped in plastic. Most restaurants serve drinks in plastic cups. Some say I sound like a snob but is it too much to ask for that one drink coffee from a ceramic mug, eat from a ceramic plate with metal utensils? I paid $17 for a main course in a restaurant and they served it to me on a paper plate with a plastic drinking cup (filled to the rim with ice, of course). What up with dat?!  I guess the strange thing to me is that it doesn't seem to bother anyone else.

For any of you who know me you knew I couldn't leave without taking a poke. Now I get to go back to Bosnia...where things get even stranger. Life is good. Farewell Florida. You've been good to us. Back to the Boz.