I've picked up the laptop to write something positive for the new year about a dozen times in the last 48 hours. I have three drafts in my draft box. I'm not too sure any of them will see the light of day.

The thing is, I have a lot on my mind.

Maybe starting the blog and some of its content has me reeling in the past a tad. Today I interviewed a young lady, a mother of three (we'll call her Amelia for the sake of the blog) about how she survived multiple rapes under years of captivity as a teenager. Her testimony against two of these men led the first ever indictment and conviction at the International Court of Justice for rape as a war crime. She wants her story to be told. I am honored to (try and) tell it. 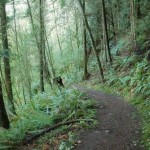 The place Amelia was first caught is a place I love to hike. It is one of the most picturesque areas of the country. The school she was held in with her family before being taken away with 6 other girls in a meat truck is where i worked a few years later with Save the Children. We established a pre-school program there for the little ones. Perhaps I helped re-furnish the very room she and her family were held in.

To say the least, the places of her story are all too familiar to me. Until today, though, I saw them in a completely different light. The town where she was taken to and violated as a 17 year-old is where I do a lot of my development work for the United Nations Development Programme. The national park there is what the Irish would call "God's country.'

I knew that evil had visited those areas during the war. The stranglehold the ghosts of the past have on these places is eerily visible. So many of the most horrendous crimes of the Bosnian war happened in some of the most beautiful terrain in southeast Europe. The magnificent colors of the River Drina that awes foreign visitors with its beauty was, for example, a sign for her that the end was near. When she heard the sounds of the river, she was convinced she would be shot and her body dumped, like so many in eastern Bosnia, into the cold waters of Bosnia's longest waterway.

To tell you the truth, Amelia is more than cool about it. Cool as a cucumber as I described her to a friend in New York. The truth has set her free. What confuses me is...well...me. I have been thinking of the men that did this all day. Men. Psychotic or not, this is an age-old pastime of men at war. What happens to us, even before the madness of war steals our souls? I have a hard time getting my head around it. I'm gonna have to if this is going to work.

We ended our interview talking about the definition of survival. Most of the girls she was with 'survived' the ordeal. Their lives are a mess. They can't or don't talk about what happened to them. They didn't testify. Amelia did. She owns her life. Not the men or her 'story.' In fact, one of them got 34 years for their crimes. So whilst she will dance the night away tonight at Gogo's Magacin Kabare with a genuine smile on her face, her perpetrator will be sitting and sulking in a concrete box. Talk about karma. Surviving is more than not dying. It's not letting them win. Amelia did just that. Kudos.

Happy New Year to you sister. I look forward to our journey.

Count your blessings folks. Be good to each other. God speed. Enjoy the new year. peace