One for the team

We had just moved into the second half of the second half and it was still nil-nil. We had all gathered for Bajram, or Eid (sort of like Muslim Easter) as we usually do. But this time the table was set around the tv. It was the final World Cup qualification match.

Sabina's uncle sat next to me and although I didn't count, I'm betting he went through an entire pack of napkins to swab the sweat off of his forehead. Her father took Persin to calm his nerves. My mother-in-law paced in the kitchen just out of view of the television until even that became too much. She banished herself into the other room. Sabina spewed out conspiracy theories about how Greece paid the Lithuanians to 'play harder' to beat Bosnia in our bid to reach our first World Cup. When I asked where she heard of such a ridiculous accusation and what her sources might be for such a claim, the entire male side of the family turned on me like I was a secret agent for the Greek national football team. Of course the Greeks had offered them money to beat us! Just look how the goalie is playing! (Silly me).

I sat in a room with a medical doctor, pharmacist, social psychologist, physicist, 2 mechanical engineers, an architect, and a certified accountant. The general IQ level in the room was fairly high. But that did not stop the madness. After 65 minutes of a no-goal game something had to give. Sabina's uncle, the medical doctor, ordered her to change seats with her father. Then a very serious game of musical chairs ensued. The karma wasn't right for a goal. We had to shake things up. In all honesty, I just had to pee. So i got up, peed, and stood next to the tv instead of going back to my seat. 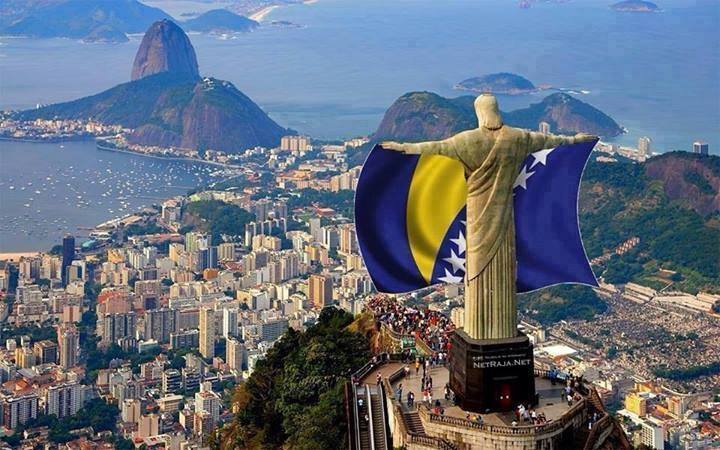 Ibisevic scored the games only goal, sending Bosnia and Herzegovina to its first ever World Cup. Screams. Howls. Hugs. Praying to Allah. Rakija/moonshine shots for everyone. I went from traitor to hero. The doc stood up and thanked me, thanked America, for standing up for Bosnia. He wasn't kidding. It was true, I did stand for the final twenty minutes of the game. But I knew if I even attempted to go back to my seat I would be shunned by a room of superstitious Muslims.

So I stood for the team. I made my sacrifice. Yes, the goal was my doing. It was ordered by God, America, and the angels. I was simply the means to channel this great gift. We outdid the Greeks with their devious bribery schemes. So much for the Greek Gods.