My Dad enlisted in the Marines just after he finished college in 1968. I was born on the base where he was stationed in Cherry Point, North Carolina (it's definitely one of the reasons I'm a Tarheel fan as well). As a kid I loved to rummage through his old chest and try on his uniforms and admire his photos. His Dad was a career National Guardsman. My brother was US Army. My other grandfather was army too, serving in Germany at Remagen Bridge during WWII. My Uncle Dan, rest his soul, was a career Navy officer and served all over the world.

In all honesty, it never crossed my mind (at least as an adult) to serve in the armed forces. I was never attracted to guns or the prospect of a drill sargeant hurling insults at me let alone going to war to fight. I'm more the Hunger Project or Save the Children type of guy.

In my late teens and early twenties my worldview started to take shape. Part of that view was vehemently anti-war. Soldiers were, in retrospect, unfairly placed in that basket as well. But what I didn't understand as a young and at times angry man was the dynamics of war and where (and how) to steer those emotions. 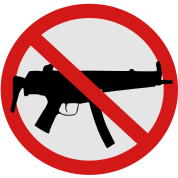 I came to a brutal war zone in 1992 with an army jacket that had a large crossed-off AK-47 patch across my chest. Sort of like a no-smoking sign. It didn't take me long to figure out that every male between 18-55 had a uniform on (and an AK-47 in hand). The entire population was mobilized. There was no choice in the matter. Fight or flee. So most of my friends were soldiers. And to my surprise many of our views were rather similar. Our day jobs were just a bit different.

That period taught me a lot of things. I did a lot of growing up. I had often confused my dislike of the military industrial complex with ordinary men and women asked to do extra ordinary things for their family, community, and country. I was flat out wrong. Let me tell you why.

The support our troops slogan was and still is a nasty manipulation tool to me. The American public's rejection of the Vietnam War led government to rethink its propaganda management. Vietnam Vets, as usual, were given the short end of the stick on their return home. The frosty and even bitter reception at home, however misdirected, led to a major shift in how the government would present America's entry into new wars. It would deflect blame and responsibility from itself through emotional blackmail...and a very sensitive one at that. The troops. Our brothers. Fathers. Sons. Daughters. Sisters. Supporting our troops became synonymous with support our war. And to me the difference is night and day. My idea of supporting our troops is to keep them safe at home. I don't support any war.

I now know what its like to be on the front line. I understand the rush and terror of continuous bombardment. I get what it's like to dodge sniper fire in a foreign land where next to nothing is familiar. I developed a deep respect and equal dislike for snipers. It's no walk in the park for any soldier to implement the agenda of their government. War is hell. Full stop. Soldiers, their families, and countless civilians have paid and still pay the ultimate price any way you look at it.

Soldiers are all too often mandated to do a governments dirty work. Whether it's Bosnia, America or Chechnya. But what has been clear to me for sometime now is the need and desire for many of us to serve our community or country. We may do it in drastically different ways. But the bottom line is that for most of us it's our way of doing the right thing and giving something back. Intent is 9/10th's of the law.

So to all of you, like my friends Lawrence White, Robert Kendall, Ed Brinkley and CJ Watson, who have served and sacrificed in any capacity for community or country I have two words for you. Respect. Peace!