The period around April 6th is usually a nice one for me. We celebrate our city in what I find to be a  very dignified and modest way. Manchester City football star Edin Dzeko and the SOS orphanage shared the 6th of April award given out by the City of Sarajevo each year for the person/s who most made their humane mark on this city and its people. Jim Marshall had his inspirational photo exhibition 'there is a light that never goes out' at the Boris Smoje Gallery. Bel Canto Ensemble from Zenica claimed the Farah Tahirbegovic award. It is a time for affirming all that this city and country aspires to be. 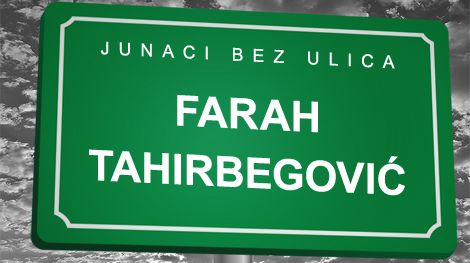 But as Farah said from her death bed 'all this you see, all of it, is from sorrow and sadness.' She was talking about how cancer, like our silence, grows. She was 32 when cancer ate her away in less than month.  She wasn't...and still isn't...alone.

For those of you who sometimes plug in to this blog you might remember the story of the little boy who was killed by an unexploded ordinance near Mostar. His father called me this weekend, asking me to come to Mostar to talk to his only remaining son. I have known him since he was 11. He was a twirpy teenager then. He's like a bear now. A teddy bear, though. He's a veterinarian. He loves his job. He's an exceptionally good kid. Just after Sabina and I had Noah, he had twins.

The other day he picked them up from school. He was so drunk he remembers none of it. When he went to pick his wife up from work the kids were in the back, unbuckled. He could barely keep his hands on the steering wheel. He reeked of alcohol. The next day he repeated his binge, albeit without his small children...and his father was called to rescue him from self-destruction. Literally.

So I answered the SOS call and went to talk to him. We spoke for hours. It was upbeat and positive. It seems as if everything is crumbling around us and there is nothing we can do to stop it. The sadness seeped from him and his wife like sap from a maple tree. It's a sadness that I think we all feel here, whether we express it or not. We all cope in different ways. Some better than others. Too many not at all. It is this collective burden, this silent sadness, that effects me most, though. In all honesty, I think it's killing us off more than the bullets and bombs ever did. We have fallen so deep into an emotional crisis - not to mention the moral, social, economic, and political ones - that few of us can see the light at the end of the tunnel.

With so many here bearing the scars of the war and its aftermath, we have no one to share our sorrow with. I'm not sure there is the emotional capacity to deal with the burdens we collectively and individually carry anymore. I have my doubts that we ever did. And it seems like every day we add insult to injury. The one step forward two steps back syndrome is an epidemic in Bosnia. We just can't seem to get a break. But that would putting the blame elsewhere, wouldn't it? Perhaps it would be better said that we just won't give ourselves a break. So why are we such gluttons?

We are on our most slippiest slope since Dayton ended the slaughter in 1995. I would love to be wrong...but I fear things have come to a breaking point. What that will look like I do not know. It may be ugly. It might be violent. We could remain gluttons though too, and simply drown in our own sorrow.

What I do know is that this is a sad time for us here. Let's hope Jim is right...and that there is a light that will never go out. peace.