It's been exactly a week since we returned. For five of those nights I don't think I slept more than an hour a night.  It surprised me how long I made it without any shut-eye. I definitely took sleep for granted. I guess because we have to do it I always assumed I would do it, sort of like breathing. It's not really a thing one decides to do. It's sort of done for you. Or maybe not.

I'm not sure if it's jetlag or insomnia. Probably a combination of the both. Whatever it is, I'm sleepless in Sarajevo.

We came home to pretty much what I expected. The green space in front of our flat was carpeted in garbage. The park behind our house could have made the list as a divlja deponija. I had a cough within twenty four hours. I still have it. Things here just generally look unkept. I won't even mention how messy things are politically, socially, and economically.

But on Monday I took Noah to his Montessori school. His eyes lit up when he saw his friends and teacher. Tuesday we went to see 'tajna dzema od malina' in SATR. We hung out with Pedja before and during the show. It was nice to stumble upon him in a place other than Hotel Europe. Afterwards we had a drink with Alban, who, broken rib and all, did a brilliant job of acting while swinging from the rafters. 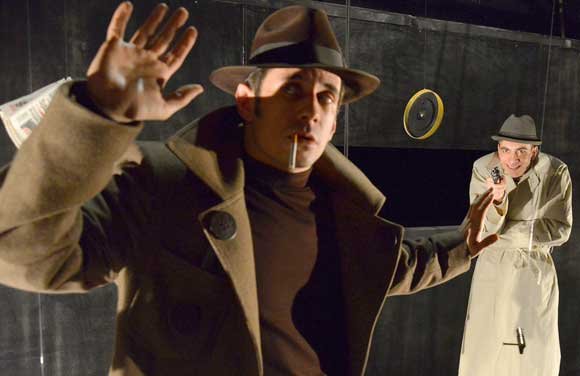 Wednesday I worked on developing guidelines for eco-tourism development in protected wetlands in the Sava River Basin. Thursday I was in Trebinje, meeting with the mayor about the cross-border conference on tourism development in Dubrovnik that would occur the next day. On Friday I facilitated a US Embassy sponsored cross border reconciliation conference in one of the most beautiful cities in southeast Europe, bringing folks from both sides of the border to talk about working together on tourism development. Just a few years ago the prospects of that happening were next to nil. Thanks to two consecutive years of constructive dialog, we're getting closer to business as usual.

I spent most of the day today in rest mode, trying to recover from an extreme lack of z's. And in a semi state of delirium it dawned on me that life here can be pretty darn good. Despite the heaps of bullshit that we have to put with on a daily basis, I think it's more than fair to say that the people who keep telling me it doesn't matter where you are but what you do with the cards you've been dealt are absolutely right. So I'll stop bitching (yeah right:).

So chin-chin to getting some sleep and making the most of what we got, where we got it.