The new census will surely show that Sarajevo is even smaller than we thought it was. Estimates put the four main city municipalities total population at just over 250,000. Granted, with East Sarajevo and the surrounding communities we eventually might reach 400,000. But still, we're small. Smaller than I thought.

I don't mind small places that wear big britches. In a lot of ways Sarajevo fits that match. In a lot of ways it doesn't. We don't have a Thai restaurant to speak of. This town is mainly white. I miss miss my brown and black brothers and sisters. We don't have a good sports bar. There are zero no-smoking bars. But I'm not here to complain. Quite the contrary actually. We got smoothies.

Yup. You know, those deliciously healthy drinks that can also act as a meal. The drink that is sort of like pistacchio's...you can't have one but have to eat the whole bag. The smoothies I'm talking about don't last long - they're too good to dwell on or to be sabur with. I tried to savor the moment, really, I did. But I'm only human. One that loves smoothies. Boy, did they go down fast.

I had once toyed with the idea of opening up a smoothie/book shop. I've had lots of grandiose ideas over the years. Never managed to tick the box on this one. Somebody else did, though.

It is my pleasure to introduce to you - my fellow Sarajevans, visitors and ex-pats - the moment we all have been waiting for. Fresh smoothies. Organic teas. Delicious Illy coffee(s). Fresh squeezed fruit juices. And even cookies and scones... at Sirove Strasty Smoothy Bar. The icing on the cake? It's non-smoking AND child friendly. Glory be. I have another winter friend alongside Torte i To. 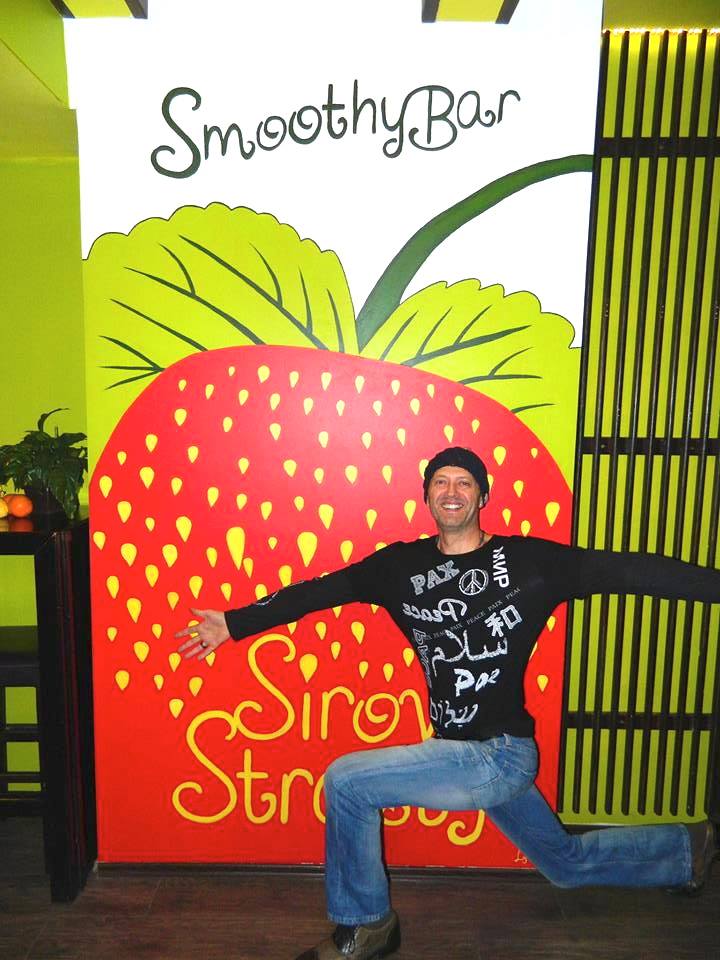 I've been twice over the past three days. I will try to taste as much of them as possible (as a sacrifice to  you crazy people who read my mumbo-jumbo). I must admit, it may take some time. I tried the Date & Nuts smoothie during my last fix. This melange of vanilla bean, banana, dates, walnuts, and nutmeg is much worse than a pistacchio addiction. Much worse. It may take me a while to get through them all. I'm not even going to go into the fruit juice combinations.

Sirove Strasty was opened by the yoga instructor pair of Mike and Aida. They have taken their passion for yoga and healthy living one step further. My suspicion is that the menu is Mike's making. He's 43 and looks as healthy as a 23 year old. The man knows his nutrition. Combine good nutrition with all the fresh delicacies behind the bar and you get a vice that you can actually be proud of.

My auto corrector keeps telling me that Smoothy is an incorrect spelling. So Smoothie or Smoothy, Mike and Aida's Smoothy Bar (located right across from Havana Bar in the old town and next to Zeljo) comes with my highest recommendation. Fellow ferners, one less reason to complain about the long winter ahead of us. Another smoke free haven is born. Prijatno.