so you don't believe in destiny, you say? 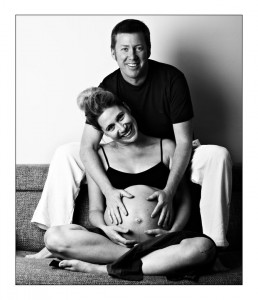 I had just been relocated to the Croatian island of Brac to work in a refugee camp there. The camp was a hotel on the beach, overlooking the beautiful Adriatic Sea. It was a slight step up from my previous gig. Before that I was volunteering in a refugee camp in the western Herzegovina town of Posusje. The camp was in a run down old school. The conditions were horrid. Most of the inhabitants were Bosnian Muslims from the northwest of the country. Many had been processed through concentration camps. There were no men in the camp to speak of. Only women, children and a few old-timers.

In June of 1993 the camp in Posusje came under attack. The alliance between the Bosnian Croats and Muslims had been disintegrating for months. It finally reached us. A sniper fired into the camp from the hillside. We scattered for cover. Military police mulled around the camp. I would later learn it was only a scare tactic and an excuse to 'cleanse' the camp, but we certainly didn't know it at the time. The entire Muslim population of the camp, as well as the international corps of volunteers, were expelled to Croatia and later to Italy. But that too is another story in itself.

Back to my island.

I was a bit stressed and tired after the ordeal in Herzegovina. It was a nice break to be in a 'refugee' camp on the beach. One of my first tasks as co-leader for Suncokret was to meet the refugee community leader. So that's exactly what I did. The woman, Vasva, was a professor from Sarajevo. She spoke English. She was our main contact. She had two children; aged 13 and 10.

One of my duties was to run the teenager program. Her oldest child Sabina was in that group. She reminded me of my little sister, Jenny. In fact, I called her little sister quite often. She had a cute nose and smiled a lot. And although she was a teenager Sabina seemed younger than her age to me at the time. I became friends with most of the kids in the group. Because of the frequent contact with Vasva about refugee 'issues', I saw Sabina regularly and became a family friend.

I was still anxious, however, to get back to Bosnia. The comfort of the camp was nice. But I knew what the situation was like just across the border. I wanted back in. And so it was by August of 1993. I was asked to do some reconnaissance for the deployment of a mobile hospital to the besieged East bank of Mostar. Shortly after I was asked to assist with evacuations of wounded children from East Mostar by a British volunteer named Sally Becker. I jumped at both chances. So after going back and forth for a few months, I decided to pack up from my island retreat and head back to the mainland. By then the conflict between the Croats and Muslims had worsened. Vasva too packed her family and left for Germany. I lost all traces of them.

Fast forward to the year 2000. Seven years later. The war in Bosnia has been over for five years. I had just returned from Kosovo from what I hope to be my last war. I had been living in Sarajevo since 1997 and just started an eco-tourism business with friends. A good friend of mine, Selma, kept on mentioning this girl that was 'made for me' that I had to meet. She was pitching the same story to this girl. Neither of us were very interested. But with persistent prodding we both agreed. The rendezvous point was the Ramadan concert at the National Theatre in Sarajevo. I waited outside with Zina and Selma. The girl walked up. "Hi, I'm Sabina."..."Tim, nice to meet you." A few cordial nods, a smile and we shuffled inside.

We left our coats in the wardrobe section. We weren't able to find four seats together so Zina and Selma, like kids, nudged us to take two seats together a few rows down. So, like adults, we did. There was a few minutes before the start of the concert. Zina and Selma were two rows behind us. I could feel them eye-balling us from the back of my head. There was a bit of small chat. Sabina was a very pleasant young lady. We inquired into each others backgrounds. It was probably only 4-5 minutes before the light switch went on for both of us 'Tim? are you from t-t-t tampa?' I saw the light, "No, its Tallahassee." "Tim, is that you?!" Yes it was. It was my little sister friend from my refugee island Brac. Mercy me. She was now 20 and I an old man of 30.

We embraced. Zina and Selma gulped in amazement. I assume they weren't expecting us to hit it off that quickly :). We both had the urge to play the million questions game but the concert soon started. We held our tongues until the end. We chatted and reminisced at a million miles per second that evening. I think I dropped her off at home. When Sabina got home she ran upstairs to Vasva "Mom, you'll never guess who I just met!" She instantly replied "Tim." (Yes, I think she may be clairvoyant...or a witch, probably both).

So seven years later without ever hearing or knowing a thing about each other we meet again in Sarajevo. We hung out for a few months, simply excited to see each other and amazed how this reunion of sorts panned out. In all honesty it was a very platonic joy. Platonic at least for another few months. We took a trip to Montenegro for New Years. And the new year started out well. We've been together ever since. 12 years almost to the day. Who'da thought?! People, places...and time.