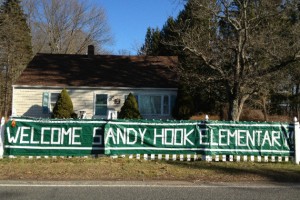 So the US has avoided the proverbial fiscal cliff. I sense a battle royale stirring over the nitty gritty details of spending cuts in the next few months. We here in Bosnia (and Herzegovina) have it easy. Fiscal Shmiscal. Cliff Miff. We have no economy to speak of. It seems to go from bad to worse as time progresses if, indeed, time does progress here. Some would certainly beg to differ.

We are pretty much on economic life support. The IMF lends us money to pay our bills. We have no way to pay it back. So they lend us more. And little by little they chip away at any sort of financial (or other) independence our tiny, transitional country may have. We are theirs. Their bitches. In a way we deserve it though. We could've built this country three times over with the amount of aid that was 'spent' here. But our beloved elected officials, with their new found love of democracy, took it upon themselves to suck us dry. And dry we are.

But the fiscal cliff news is already old news and our economic woes are simply a repeat from, oh, say 1996. I was quite chuffed about one particular headline today though.

When I was working for Save the Children in Albania during the Kosovo conflict we used a new method to address trauma in children. Or perhaps better said to prevent the trauma. Its brainchild, Jim Nuttal, was an inspirational character. He certainly ranks amongst the maddest and most honorable people I have had the privilege to work for/with.

So we've got a half million people coming our way. Kosovar's being expelled and streaming across the border any way they can - on foot, tractor, horseback, or yugo. It was mayhem. In the town of Kukes, a small and morbid remote mountain town of 15,000, there were 250,000 refugees. Madness. So what we tried to do was this: give the kids some sense of normality and to do so as quickly as possible. We literally took these kids off the tractor and put them in school. It gave the moms and few dads time to sort themselves and figure out how to deal with the new surroundings. It gave the kids familiar surroundings before they started dwelling on the lunacy around them. The same books, crayons, lesson plans, teachers, smiles and love they got in their own school they got in hot, sticky and sweaty tents in the middle of fucking nowhere. But it worked. Boy, did it work.

So what's my point, you may ask? The kids from Sandy Hook elementary went back to school today. They even brought the school turtle to the new premises. Kids need consistency. They need normality. Going back to school is normal. Or at least it should be.

If the Kosovo crisis is any example, I've learned a most valuable lesson from it. The Kosovars came together like no other community I have ever witnessed. Everybody took part. Everyone had a role. Everyone was valued. It's the only way they could survive. I had to turn away volunteers because we simply had too many. When a community comes together, on the micro or macro level - preferably both, the skies the limit. The Kosovars passed with flying colors.

If I've learned anything as an aid worker and a parent, it's that our kids are resilient creatures. I hope we live up to the task of being good role models for them. I hope we're giving them what they deserve...which is just a bit of normality and the opportunity to be the best that they can be. God speed to the Sandy Hook kids and their folks. Time will heal if we let it.