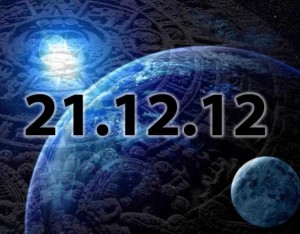 Hello there good people. I'm thebosniaguy, so they say, and this is what my countdown was leading to. James Joyce's Ulysses, as you may know, is a hard read, annoying at times even. But I do dig the no-rules stream of consciousness thing. I can't hold a candlestick to brother James but what I'm saying is that anything is possible here. I hope you'll join me for the ride every now and then, perhaps even for a chat. My doors are always open. Happy Winter Solstice Dec. 12, 2012.

Yeah, there's been a lot of hype about this day.

What the Mayans professed was not the end of the world. It is a subtle shift of energy that will lead to the transformation of our planet. Hogwash to some, prophecy to others. For me, I'll use the fresh energy of the winter solstice for a restart. A promise of renewal to myself.

I keep thinking that all this will either sound like a new years resolution or a pathetic sermon. So I'll do neither. At least I'll try.

For the doomsdayers I'm afraid they're up for yet another disappointment. Don't get me wrong, I see where you were coming from. I mean, things ain't peachy in this whacky world of ours. The floods, earthquakes, hurricanes, volcano eruptions, mass shootings and general state of our planet and the homo sapiens that occupy it (at least that's how we behave) could lead any sane person to think...'shit, the end is near.' Luckily it's not.

I think most will let this day come and go without noticing much of anything. And that is about par for our course for our species. But I'm not so sure we'll get off the hook that easy. Change is coming. I can feel it in the air (sound like Phil Collins song now). So whether or not you believe in Mayan prophecy, the great transformation, a new world or any kind of prophetic formula - take the opportunity to make it your transformation. I can tell you one thing, at least the stars are aligned for it. The ever so slight change in energy may not be keeping you up at night (or for some it just may, right Donna?) but it's there. So own it. Make it yours.

The way I look at it is that change has gotta come one way or the other. The planet cannot sustain this pace of consumption and exploitation. The air cannot take too much more pollution. And, at least speaking for myself, our hearts can't take anymore breaking. Whether it be Sandy Hook, Goma, Srebrenica, or Kandahar...haven't we had enough? I'm not naive to think a planet size magic wand is going to be waved and our woes and wars will float away. But just think what we could do, both collectively and individually, with a major headshift?! It's not as if we don't have the tools or know-how to do it. I think it's more a matter of will.